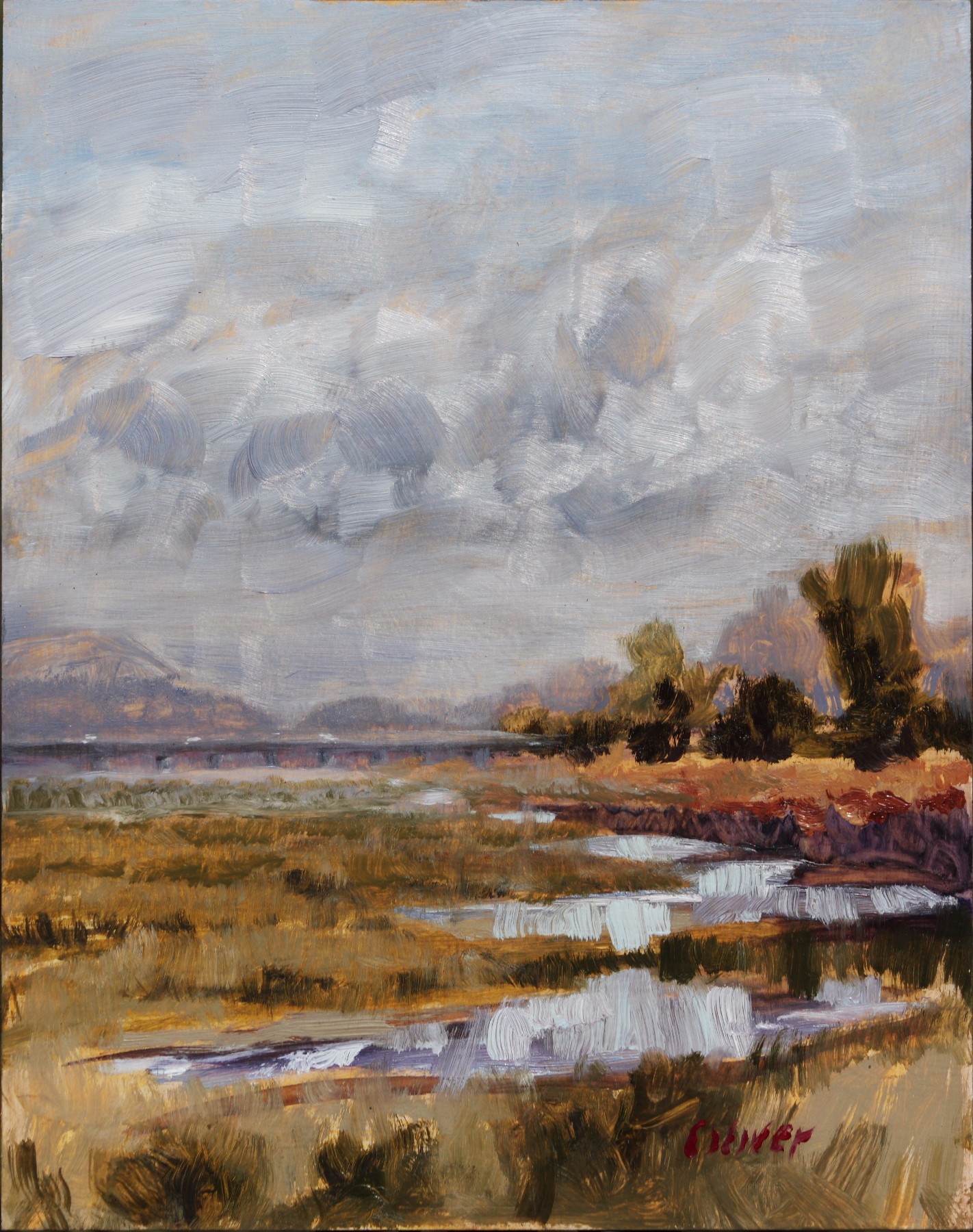 The above painting, “After the Rains,” was completed and signed in the field on Saturday, the 9th of May 2015.  I painted this as my part of a plein air painting demo, where I was involved as part of a team of plein air painters from the San Diego Plein Air Painters Meetup Group. We were helping to commemorate the San Diego River Days Festival, which takes place each year, raising money and awareness about conserving the River and its wetlands .

This painting demonstrates a few principles of an effective plein air painting:

…the latter being that elusive quality that teases the viewers mind by allowing them to “fill in the blanks” and resolve the story of the image with their own narrative.  There’s nothing more satisfying for the mind than solving a puzzle, so I’m a big proponent of “allowing the paint to be paint” and the brush strokes to suggest form rather than dictate it.  This allows the mind to engage and play with the imagery and have a satisfying experience that provides new discoveries with each viewing.

Here’s a few pics of me at the easel, talking “plein air” during my demo. 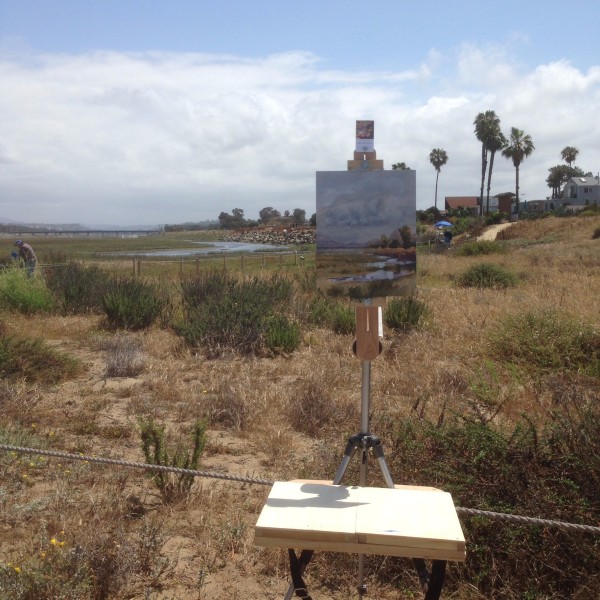 The painting, finished and signed in the field