Yesterday, I returned to Cabrillo National Monument Park, which is at the tip of the Point Loma peninsula in San Diego.  On the coastal side of the park, they have paths down to the tide pools, which are great place to set up an easel and paint. I entered the park at 9:01am, just a minute after the gate opened and drove down to the second parking lot.  As I hiked down to the water’s edge, I had to stop to snap a few photos of the birds–Pelicans!

There were lots of them.  I think they were flying back home after a feeding foray because this is where they were all roosting.  Pretty amazing, huh?  I think the dark birds on the left are cormorants and the lighter colored and larger birds on the right are Pelicans…or maybe the smaller birds are juvenile pelicans.  I’m not enough of a “birder” to know the answer on that one.  You can tell this is a favorite spot 🙂 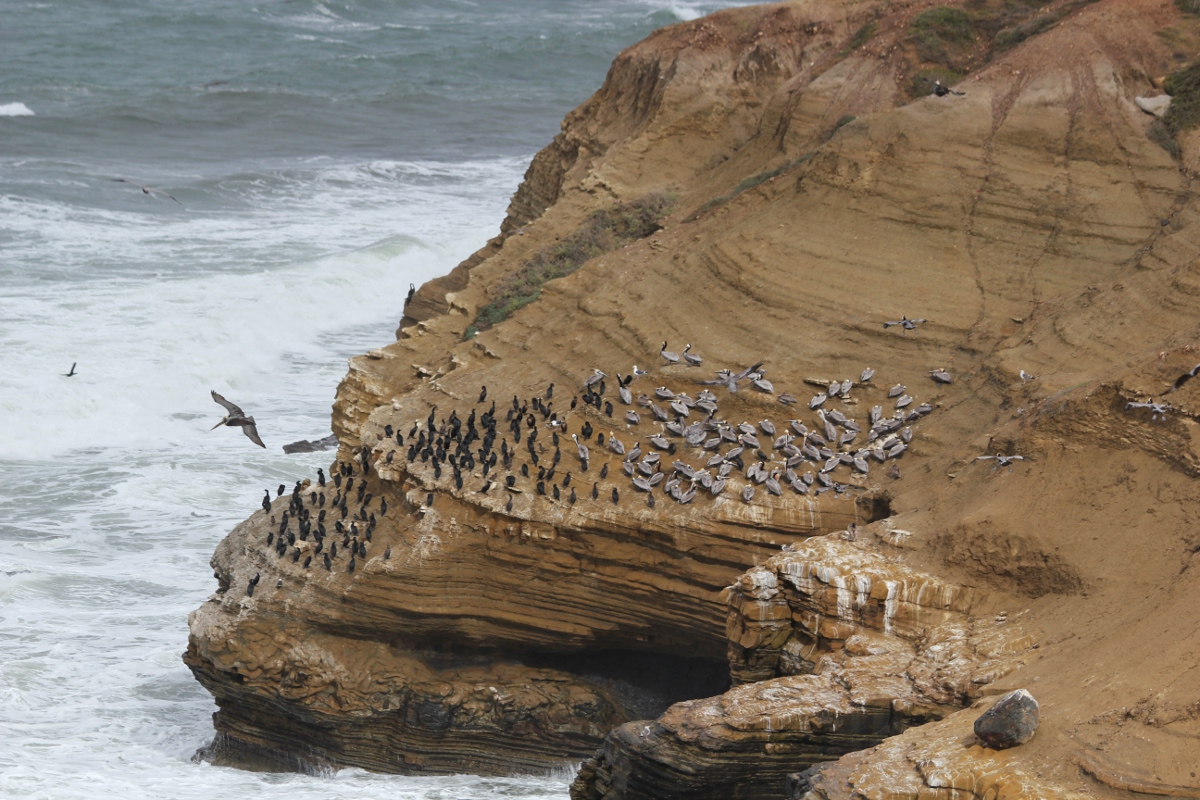 It was windy and cold but after driving all that way to paint, I wasn’t going to quit.  Here is a shot of the easel and painting in progress at the waters edge.  You can see the birds in the background.

You can see in the photos the water is really disturbed because of the high tide.  It was mostly just a lot of white foam from the crashing waves.  Because that would be too much white for my painting, I took artistic license and depicted a calmer ocean.  I’m putting the finishing touches on and will post the completed painting later.

All in all it was a great day for painting!